Self-love is so important.

Well, because when you love yourself, you are a happy person!

What does self-love mean?

Wikipedia defines it as “love of self” or “regard for one’s own happiness or advantage”.  And I totally agree with it. 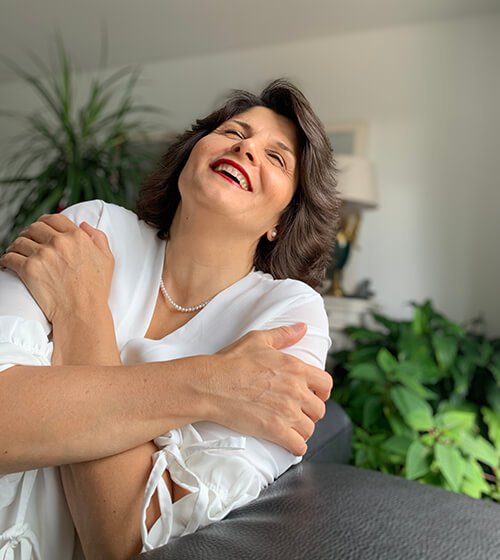 When you love yourself fully, you

When you lack self-love, you

Become a People-Pleaser
Follow other people’s rules in order to feel accepted
Compare yourself with others
Judge yourself
Seek other people’s approval in order to feel valuable
Seek attention from other people
Feel guilty when you make mistakes
Feel ashamed when you make mistakes
Have the need to belong to a group or society or culture in order to feel valuable
Hate your body
Obsess about your body and your looks
Get stuck in an unhealthy relationship
Make choices that you regret later
Get anxious
Let fear drive your choices
Feel unlovable, unworthy and inferior
Put pressure on yourself to be more and to do more

There was a time in my life I hated my body, I hated everything about me, felt most guilty when I made mistakes or when I did not do what others wanted me to do.

My gut feeling said: no, don’t do it, it does not make you happy. And then I had this big conflict inside of me.  What to do?

When I dared to listen to my gut feeling and did what I wanted, I was disobedient and did not do what was expected of me and I got punished for it. But mostly I punished myself by feeling guilty, ashamed, not worthy not valuable and not lovable.

Consequently, the next time I was asked to do something I ignored fully my inner voice and my gut feeling, did exactly what others expected of me even before they would say it, so I would not have to feel the pain, the shame, the guilt, and all of those negative emotions that come with it.

I became like a robot. I just pleased others and lived in constant fear of being punished in some way if I did not do exactly what they are asking me to do, even if they do not verbalise it.

One of the main reasons we end up in toxic relationships is the lack of self-love. We become victim of these partners who only care about themselves and their own advantages. They pretend to love us by saying loving words, but their actions speak for themselves. We ignore their actions and our own gut feeling willingly because we desperately need love (like air to breath) and even empty loving words are better then nothing in that moment.

Where do you see yourself at this moment of your life?
Do you practice self-love, or you lack self-love?

If you love yourself and are happy, I do congratulate you, this is a fantastic place to be!

But if you lack self-love and you recognize it, then it might be time for you change that by start learning how.

Years ago, I came across the most powerful technique I know that helped me to turn my life around and find finally happiness by learning how to love myself.

It is called EFT (Emotional Freedom Techniques) or tapping! Please visit my What is EFT? page to learn more.

After seeing how my life transformed using this technique, I was so excited and thrilled that I learned it myself so that I could help others. I became an EFT Coach myself to serve others who are still struggling with the lack of self-love.

Although I learned this powerful self-help tool EFT, it wasn’t until I worked with my own EFT coach that I really saw improvement and the big transformation in my life.

I have created this wonderful “Find Self-Love Program” for all the wonderful ladies who really are looking for love and happiness and really struggle to find it.

Gift yourself today and enroll in my
“Find Self-Love Program” to start your journey to Self-Love and happiness today!

This program is tailored to your personal needs and goals.

Remember: Love is your birth right!
Fall in love with yourself and you will be liberated!

All sessions will be conducted online due to the current COVID-19 pandemic.

Subscribe to my newsletter receive my Free Tapping Meditation Audio